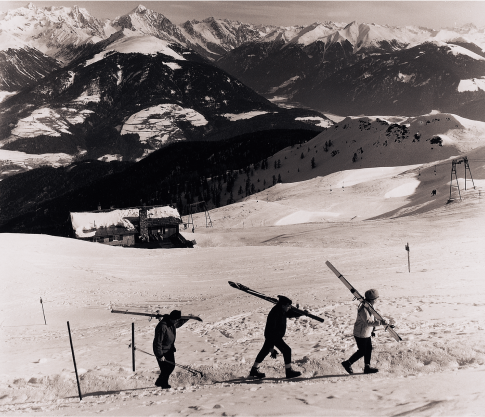 The first step towards the touristic development of the Kronplatz mountain was made in 1871, when the Sidbahngeselischaft railway company opened the Villach-Lienz- Franzensfeste /Fortezza line, kicking off the local tourism in the process. Soon not only mountaineers but skiers, too, would flock to Kronplatz to enjoy the panoramic view highlighted in so many travel guides. 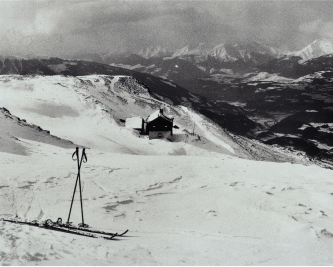 A period with lost of ideas, but any money. 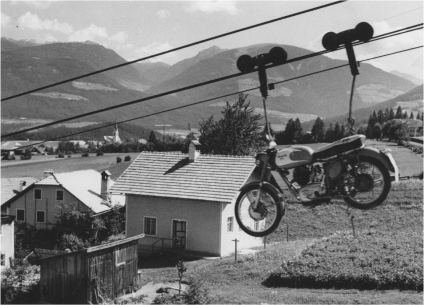 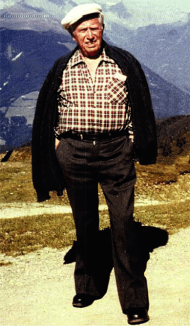 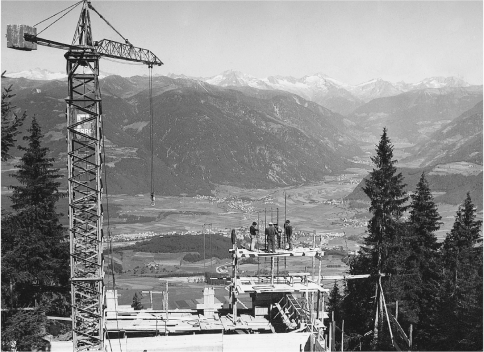 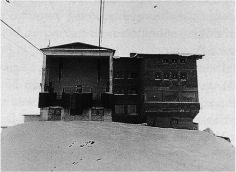 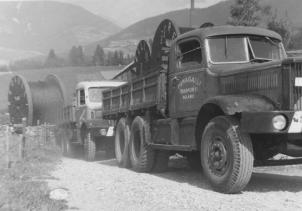 On 25 December, the cableway operated by Kronplatz Seilban AG was inaugurated and put into operation. 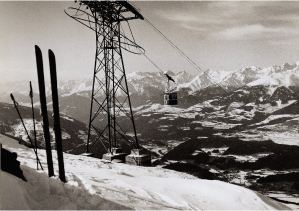 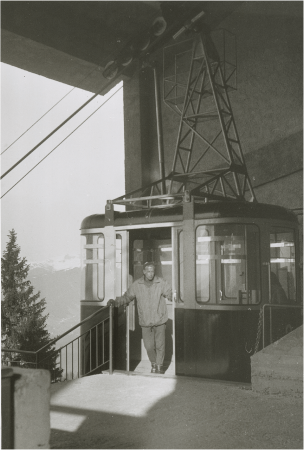 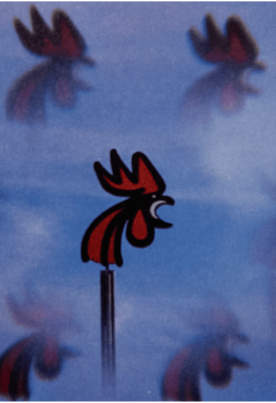 In 1974, the cableway companies of Brunico, Valdaora, and San Vigilio joined together in the umbrella organisation Skirama Kronplatz. They are all founding members of the Dolomiti Superski supraregional ski association, introducing a common ski pass.

The Kronplatz ,Gigger* is one of the most famous South Tyrolean advertising brands. Designed in 1975, it has since represented the good name of the entire holiday area.

After 20 years of service, the Kronplatz cableway had to undergo ‘a. comprehensive overhaul. Ideas were floated to replace the traditional aerial cableway with a circular gondola lift, which was ‘subsequently commissioned and took up operations finally on 25 December 1986 (“Kronplatz!“ and *Kronplatzil”). 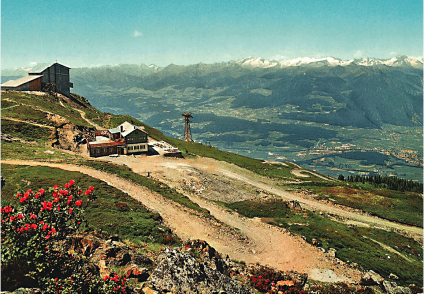 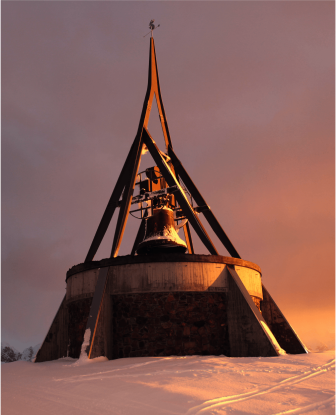 In 2000, the first circular monocable gondola lift in the world called “kronplatz 2000” was inaugurated. In the same year, Skirama Kronplatz commissioned the peace bell “Concordia 2000”, an idea by Erich Kastlunger, which rang for the first time in 2008 at the summit of Kronplatz for peace, concord, and harmony. 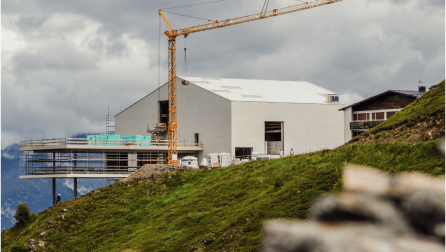 The LUMEN is being built in the exmountain station of the very first cable car on Kronplatz in 1963. With its extraordinary selection dedicated entirely to mountain photography, the museum balances and intertwines historical images and digital innovation in a series of fascinating temporary exhibitions and spectacular stagings at a historic site that has been restored to its former shine asa simple, elegant and modern building.

The House of Mountain Photography includes a number of event and meeting rooms, as well as the restaurant AlpiNN, where starred chef Norbert Niederkofler guarantees his guests ‘extraordinary alpine culinary delights.

GET MORE ART IN YOUR INBOX